Contributing to PrestaShop is not only about the code, it’s also about taking part in the PrestaShop translation project! This report tells you how the translations of the software evolved in January.

2019 arrived with two translation projects coming out of the ground, how nice it is to start the year with two extra languages to work on: let’s give Flemish and Valencian a warm welcome! We can now count 76 translation projects available on Crowdin, and it is quite a nice score regarding the involvement it implies. We are proud of our community. Be part of it, join Peter Visser and start building a more and more international solution all together!

Last month has been a bit of a problem regarding some script parameters. So basically, this report will only focus on the first half of January, since our data stopped to be retrievable on the 14th… before going back these past few days. It is fixed now, but we could not succeed in restoring the missing data part. Sorry about that. As for the translations, don’t worry, you will not lack any wording, everything is up-to-date. And that is the most important.

Many people subscribe to the project(s) of their choice each month, but not so many start translating straightaway. For that reason, we would like to thank the ones that kind of rush into the effort immediately, aha! So lots of love to the dedicated CMLEUNG, Svemirac, malik.krak, Rolige, Laimonas Mituzas, and amar505. See you soon on Crowdin… and PrestaShop. ;-)

A lot of you are working every day on Crowdin to have PrestaShop available in many languages, and we can’t thank you enough for your dedication! Here are the most active translators and proofreaders for January 2019.

For its part, PrestaShop 1.7.5 was fully available in 23 languages!

In comparison with December 2018, the following languages had the best progress thanks to the translation community:

On the 14th of January 2019, some languages would still benefit from some proofreading: 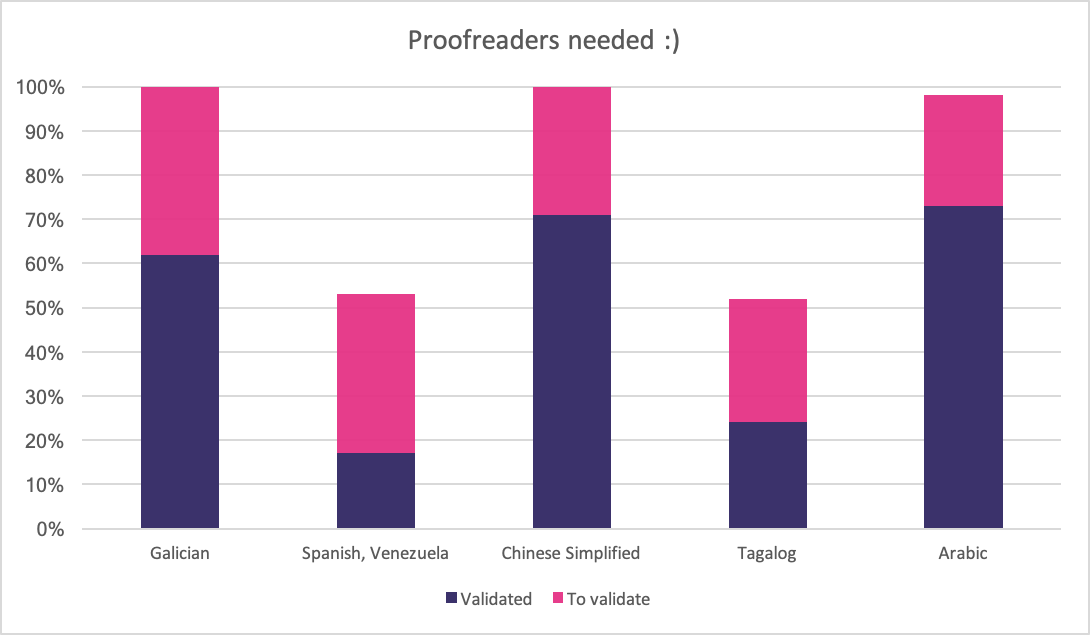 If you wish to help to proofread what has been translated, please contact us with the language you’d like to proofread: just send an email to [email protected]. We need your help!