Contributing to PrestaShop is not only about the code, it’s also about taking part in the PrestaShop translation project! This report tells you how the translations of the software evolved in December.

Bye 2017, hello 2018! As time goes by, the whole PrestaShop team wishes you a wonderful and happy new year we hope full of achievements, filled with magical words, translated everywhere, approved by all… to say it clear: a new year of joyful involvement! Another occasion to let you know how proud you can be of the work accomplished here every day, we are so grateful for that. So much. Each new month makes us see how far we progress altogether. For instance, version 1.7 gained four 100% completed languages in December, let’s keep heading in 2018!

A lot of you are working every day on Crowdin to have PrestaShop available in many languages, and we can’t thank you enough for your dedication! Here are the most active translators and proofreaders for December 2017.

For its part, PrestaShop 1.7.3 was fully available in 19 languages!

In comparison with November 2017, the following languages had the best progress thanks to the translation community:

At the end of December 2017, some languages would still benefit from some proofreading: 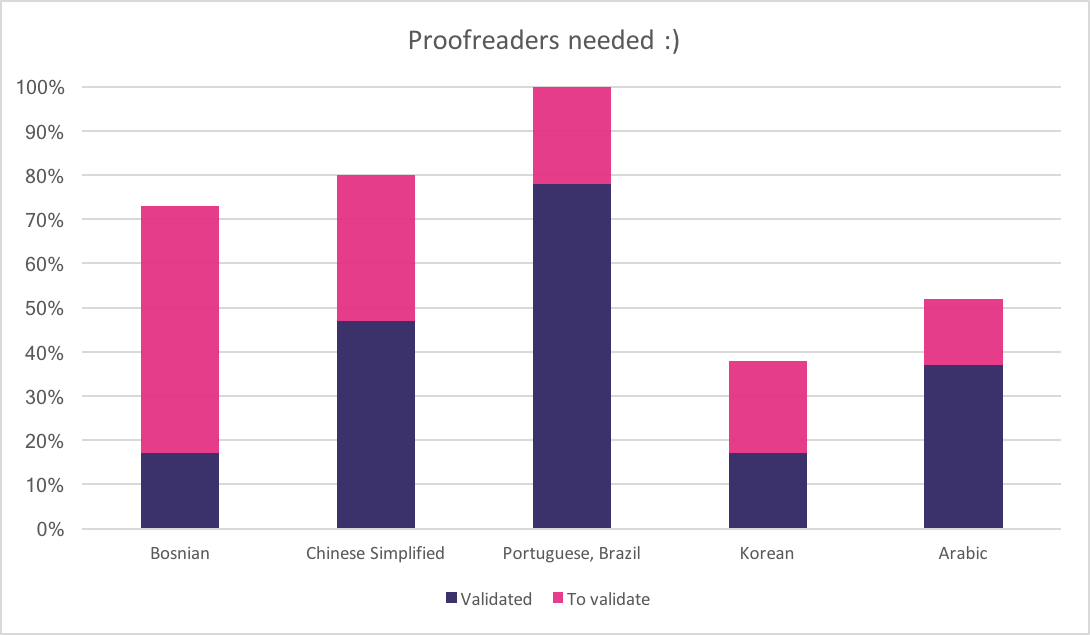