Contributing to PrestaShop is not only about the code, it’s also about taking part to the PrestaShop translation project! Read this report to see how the translations of the software evolved in May.

A lot of words have been translated since the beginning of the year :) Here’s a quick overview of the evolution of the most active languages over the past few months - Thanks for your involvement!

In the future, if merchants want to this language back, we’d be happy to re-open the language on Crowdin :)

In the same spirit, other inactive languages have been removed from the Crowdin project:

Again, if you wish to contribute for one of these languages, please drop us a word at [email protected], and this language will be available for translation again on Crowdin.

As per our release planning, we’re preparing version 1.7.2.0.

Before its release, we will upload its strings to the Crowdin project:

There will be new content to translate soon, mostly for the Stock Management feature (which will be back in 1.7.2.0), so your help will be required. Of course, we’ll let you know on Build when the new content is uploaded!

A lot of you are working every day on Crowdin to have PrestaShop available in many languages, and we can’t thank you enough for your dedication! Here are the most active translators and proofreaders for May 2017.

In comparison with April 2017, the following languages had the best progress thanks to the translation community: 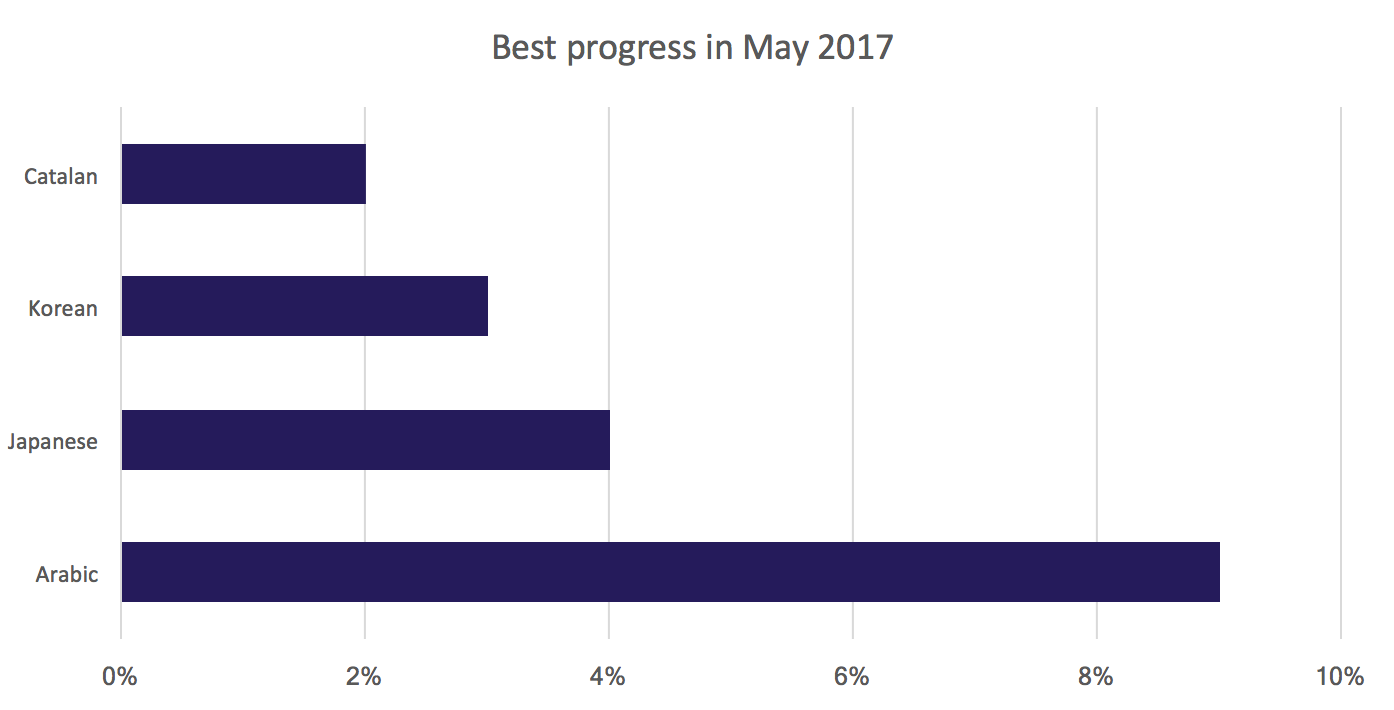 At the end of May 2017, some languages would still benefit from some proofreading: 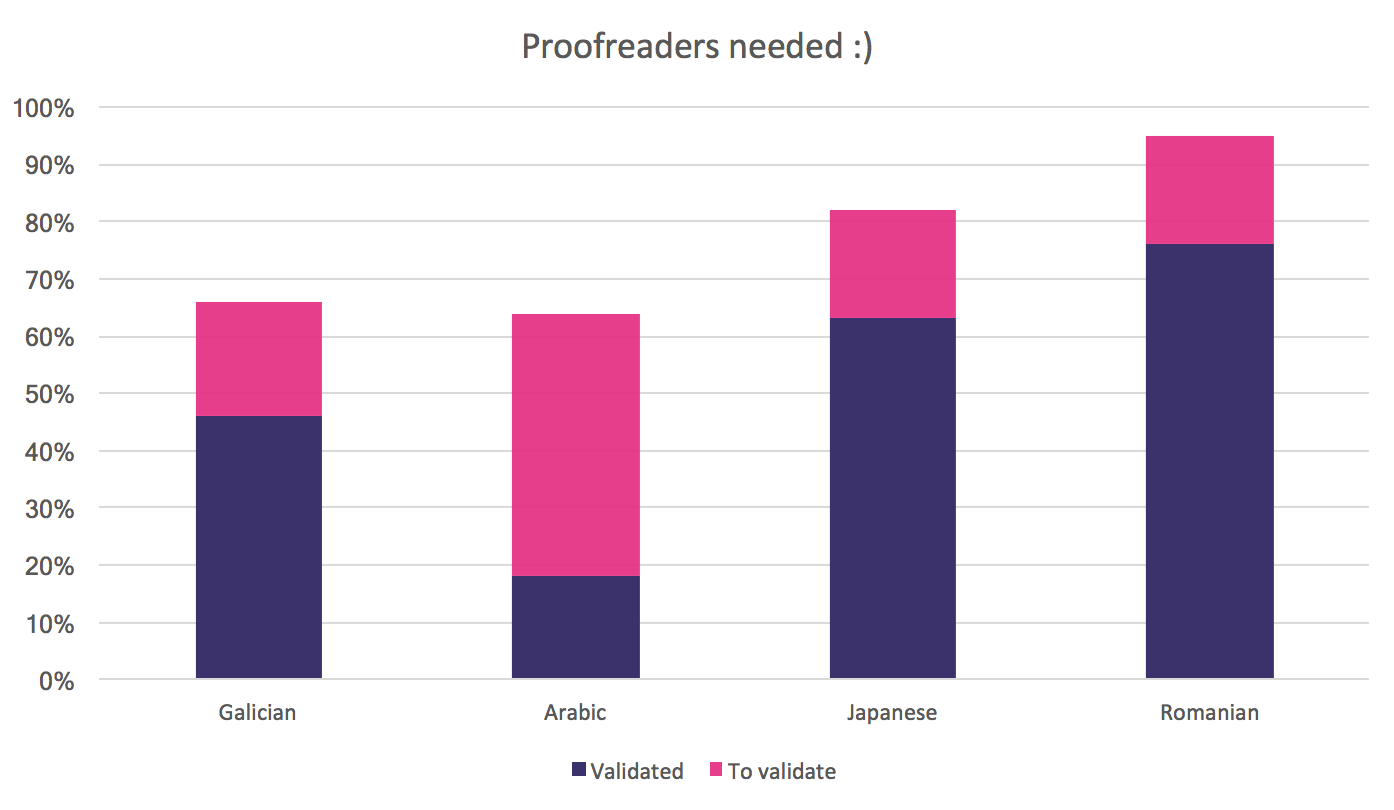