Here is the latest report to inform you of what happened on the PrestaShop translation project on Crowdin in September.

Get ready with 1.7 translations

The 1.7 project is moving forward with the recent release of a second release candidate. As things evolve, we’re getting closer to a 1.7 final release. So now is a good time to get involved in the translation of this version, join us on Crowdin to translate PrestaShop in your own language! :)

There have been some strings movements in 1.7. Some new strings appeared, correcting old ones who were removed from the project. We are still modifying some translations domains as well, so strings are moving from the “messages” folder to more relevant ones. All this have an impact on the project, modifying percentages of completion for some folders or the whole project. Even though some modifications are still to come, the strings should stabilize in the coming weeks.

We’ve also added the Danish language to the installer of PrestaShop 1.7. From now on, right from the start, you will be able to install your shop in Danish and retrieve data in Danish (while previously it was all in English - for instance, order statuses). The translation isn’t complete and does not take place on Crowdin, but works with files hosted on GitHub. If you want to help further translating in Danish, you can contribute directly on GitHub, or, if you have no clue as to how to do it, contact us at [email protected]. We’d be happy to help :)

The installer data can be completed and/or added in other languages too, so if you’re interested, don’t hesitate to reach out!

We’ve had some issues with the 1.6 language pack update recently, and we’re doing our best to provide you with updated translation!

Now let’s get back to our Crowdin project, and the full report of its activity in September:

A lot of you are working every day on Crowdin to have PrestaShop available in many languages, and we can’t thank you enough for your dedication! Here are the most active translators and proofreaders this September.

At the end of September, PrestaShop 1.6.1 was fully available (= 100% translated and validated) in 14 languages:

PrestaShop was also almost fully translated (and/or validated) in these 9 languages:

In comparison with August 2016, the following languages had the best progress in September:

(these numbers are mostly issued from the progress of the 1.7 project, as this is where most of the work took place this month.) 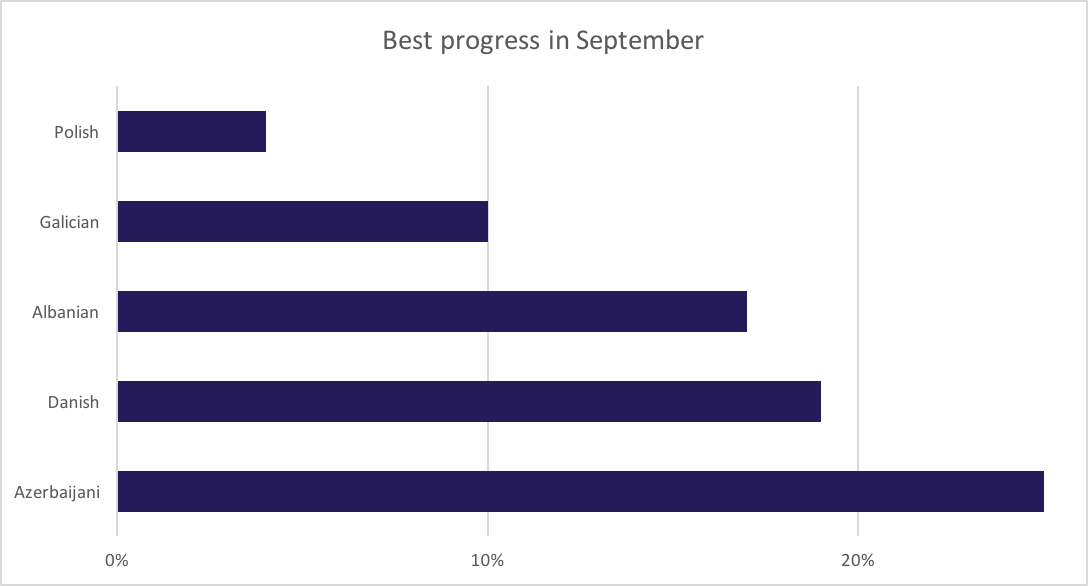 Other languages performed well like Swedish, Turkish, Russian, and Catalan. Thanks to all the contributors!

At the end of September, 7 languages would still benefit from more proofreading: 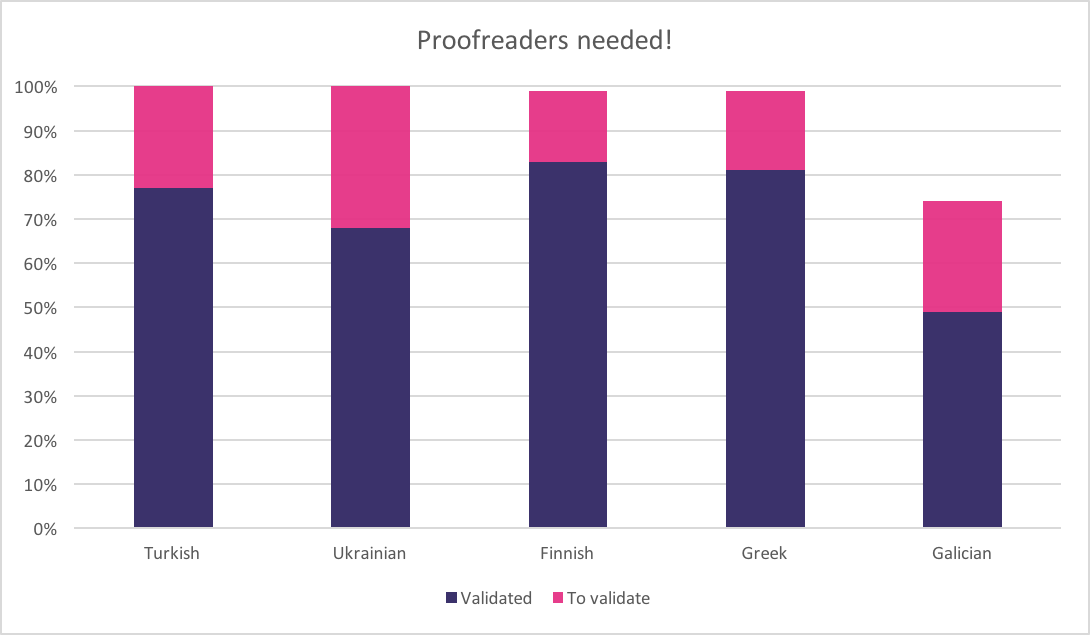