Here is the latest report to inform you of what has been going on PrestaShop translation project on Crowdin lately (= this last May).

From now on, we plan on updating the 1.6 translations every two weeks, so next time should be around the end of June. No promises however!

You’ve probably heard we’ve released the first beta version for PrestaShop 1.7. We’d like to open the translation for PrestaShop 1.7 soon, so that the work can start on these shiny brand new strings! We’re working on a whole new translation system, to make things easier for translators. We’ll tell you more about it soon here on Build. This is not ready yet, but it’s keeping us busy :) We hope you’ll like it!

We’ve also published a new Translator’s Guide to help you getting familiar with PrestaShop translation project. If you haven’t done it yet, get it now! We’d be happy to hear from you, if you think we should add some content or answer more of your concerns.

Get the Translator Guide

A lot of you are working everyday on Crowdin to have PrestaShop available in many languages, and we can’t thank you enough for your dedication! Here are the most active translators and proofreaders this May.

PrestaShop was also almost fully translated (and/or validated) in these 6 languages:

In comparison with March 2016, the following languages had the best progress in May: 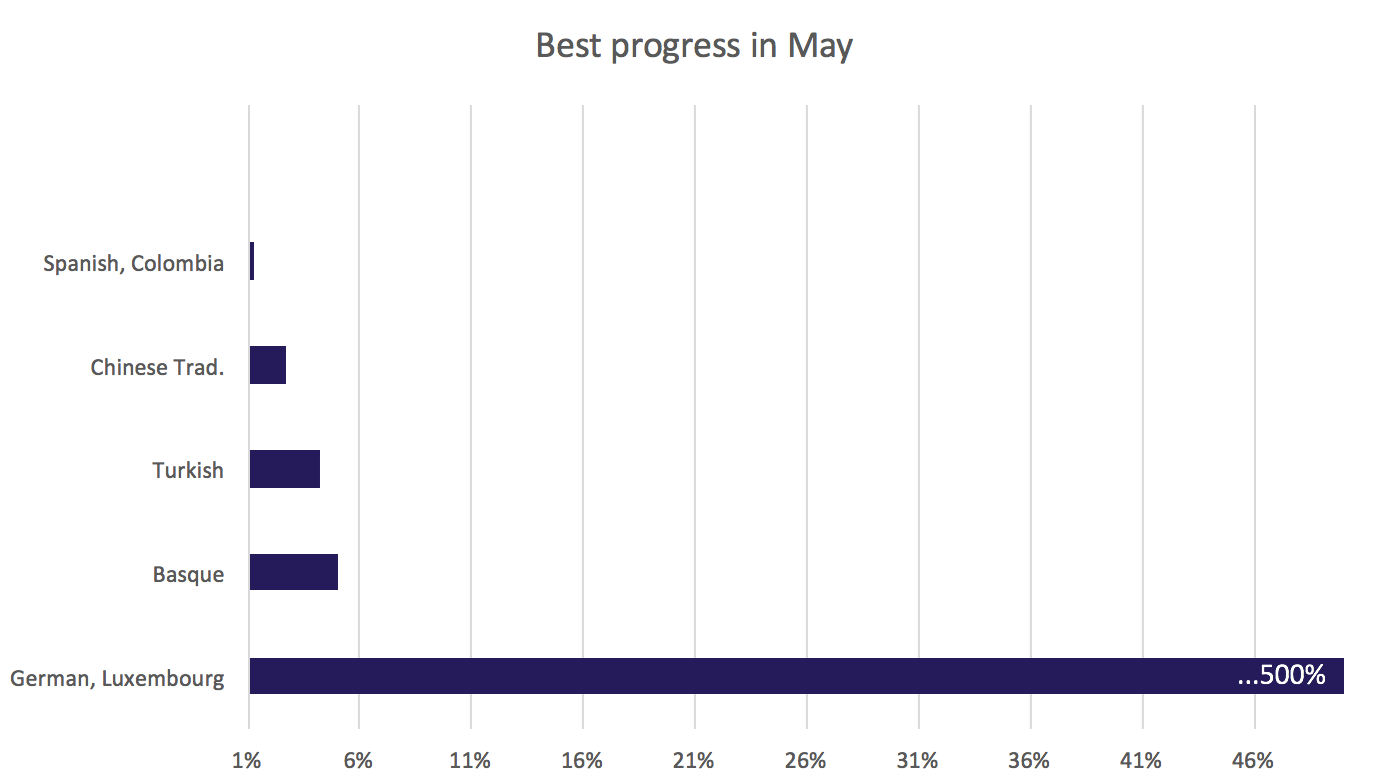 Of course this is highlighting the languages that made some progress with new translations; but it doesn’t mean that the languages that aren’t mentionned here aren’t active. Indeed, some editing and rewriting could be going on, but the % of translation wouldn’t be modified (since it’s working on strings that are already translated). So let’s not forget about the work of these proofreaders! Thank you too!

At the end of May, 7 languages would highly benefit from more proofreading:

N.B.: Since the end of May the Turkish project has been moving forward, and a lot of proofreading is going on. As I’m writing, Turkish is already 29% validated, which is great! Keep up the good work! :) 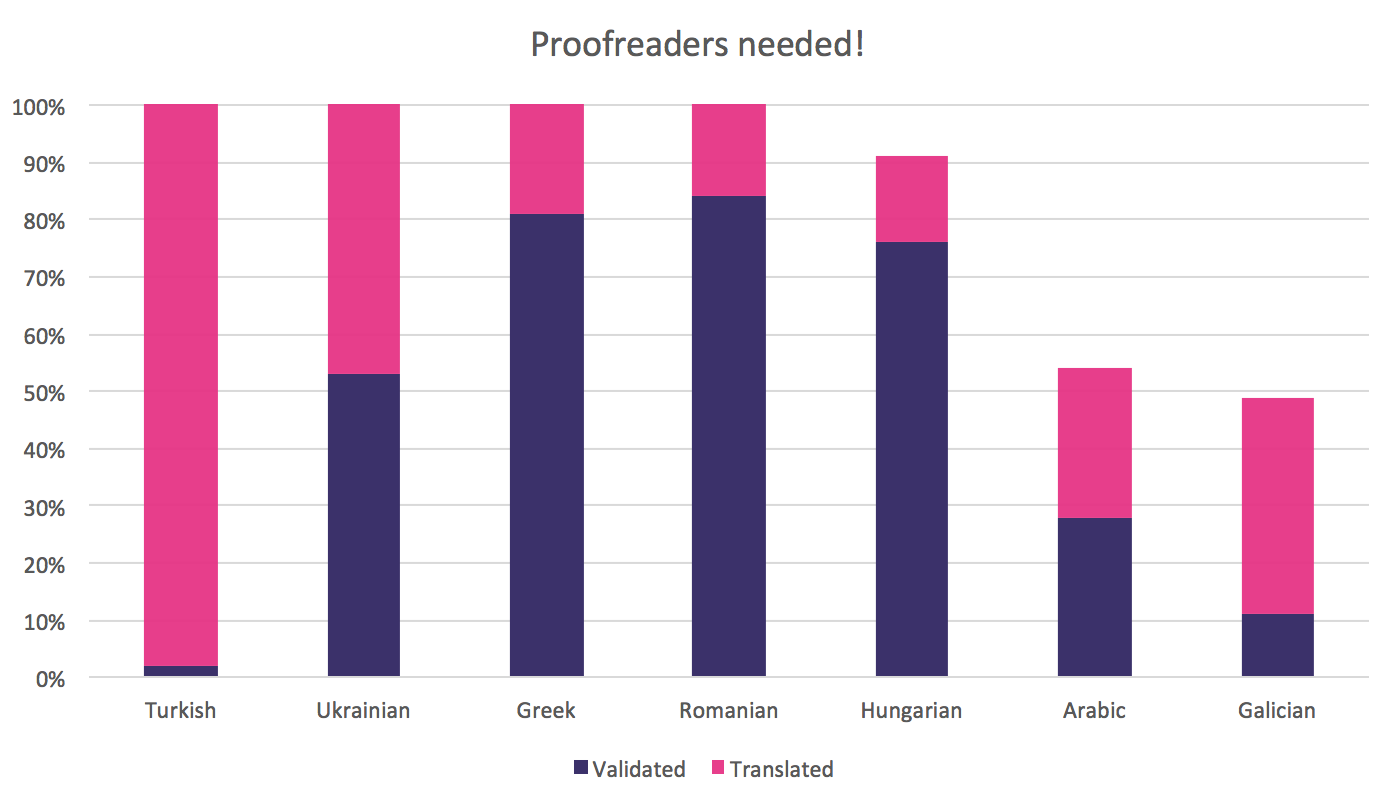