Here is the latest report to inform you of what happened on the PrestaShop translation project on Crowdin in July. It’s coming a bit later than usual, but we’ve been busy, as you’ll see!

We witnessed a kind of “1.7 effect” on the project. Indeed, the month of July has been quite exceptionnal with many people joining the project, and a huge peak in the activity, right after the upload of the 1.7 translations. We had a lot of active languages, with many words translated and validated. A big thanks to all of you, whether you joined the project or you’ve been around for a while!!

Let’s hope it stays this way :)

With the arrival of the 1.7 project, the propagation of translation has evolved. From now on, you should translate in priority the 1.6 project. The translations will then automatically propagate to the 1.7 project, when the source strings are similar, of course.

If the 1.6 project is 100% translated in your language, then you can focus on the 1.7 translation. Which makes sense since PrestaShop 1.6 is our current version, and the 1.7 version is still in its beta phase. About that, you can still test it if you want to help us collect feedback!

We’ve updated the 1.7 project, adding more strings (mostly error messages), which is why the percentage of progression have evolved (this was last week). We also keep adding domains to the strings: some strings moved from the “message” folder to their relevant one.

We’ve also added some new domains, like Admin.Dashboard or Admin.Login thus adding new folders to the project. We will soon update the article about the new translation system to let you know about all this novelties.

We’ve kept our update rythm (that means updating 1.6 translation every two weeks). The last update was on the 3rd of August, while the next one is planned for next week, around the 17th of August.

A new language is available on our Crowdin project: Icelandic. If you speak Icelandic, join us!

Now let’s get back to our Crowdin project, and the full report of its activity in July:

A lot of you are working everyday on Crowdin to have PrestaShop available in many languages, and we can’t thank you enough for your dedication! Here are the most active translators and proofreaders this July.

PrestaShop was also almost fully translated (and/or validated) in these 7 languages:

In comparison with June 2016, the following languages had the best progress in July:

(these numbers are mostly issued from the progress of the 1.7 project, as this is where most of the work took place this month.) 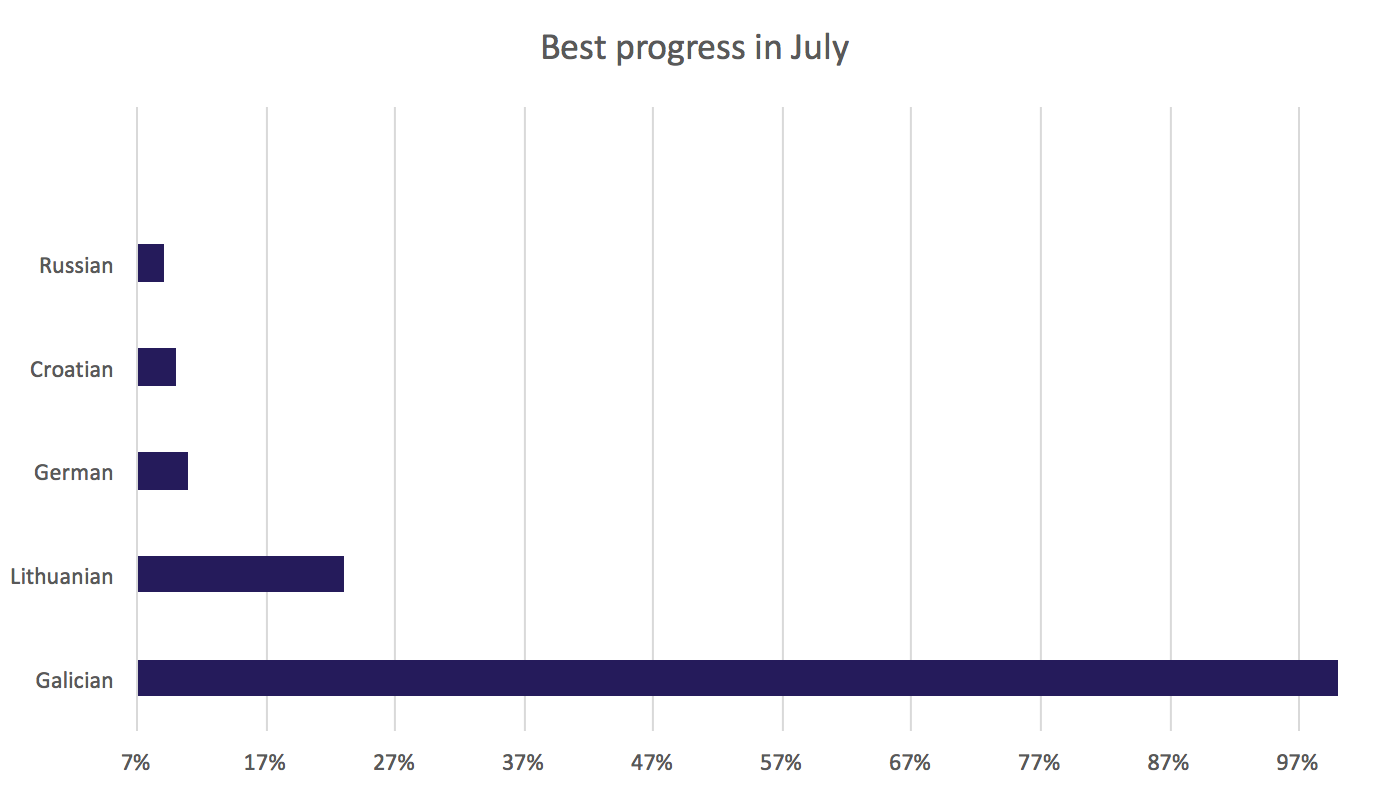 Other languages performed well like Ukrainian, Spanish (Argentina), Albanian, Persian and Polish. Thanks to all the contributors!

Of course this is highlighting the languages that made some progress with new translations; but it doesn’t mean that the languages that aren’t mentionned here aren’t active. Indeed, some editing and rewriting could be going on, but the % of translation wouldn’t be modified (since it’s working on strings that are already translated). So let’s not forget about the work of these proofreaders! Thank you too!

At the end of July, 7 languages would still benefit from more proofreading: 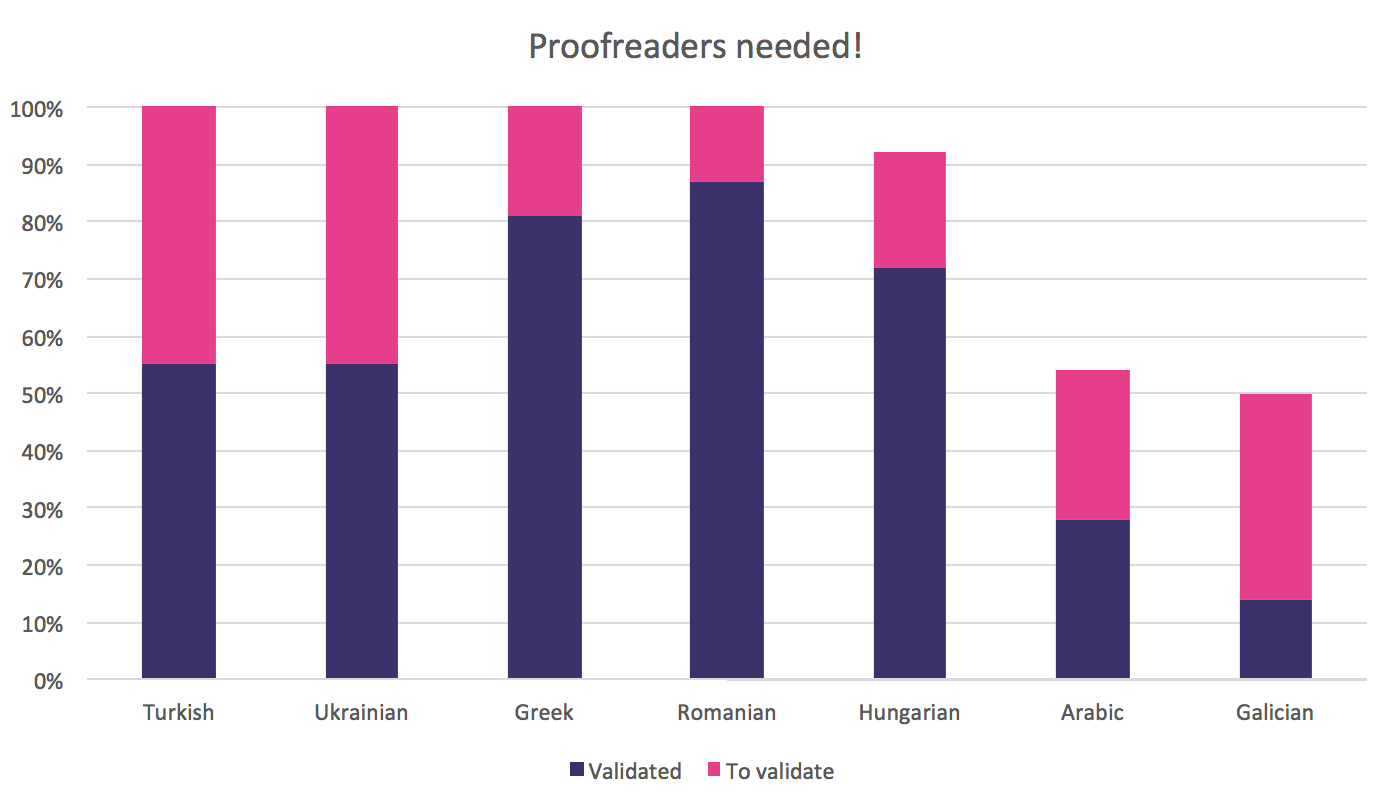