Here is the new (and late) report to inform you of what has been going on PrestaShop translation project on Crowdin this October 2015.

But first, a quick reminder on what we call dependent languages, and how it works in Crowdin!

Some languages like German or Spanish are used in several countries (or regions) and each of these countries can have its own variations from the primary language. For this reason, these countries have a dedicated project like Austria or Mexico.

When you look at the translation progress, you’ll often see some lower completion (far from 100% completed) for such languages. It doesn’t mean the project won’t be fully translated in these languages in the end!

Indeed, when depending on another language, these local projects inherit from the existing translation of the main project. If you look at the “German, Austria” project, currently 1% translated, it means 1% of the strings have been adapted to the Austrian market. If you install the Austrian language in your shop, the remaining 99% will be translated in German: it is automatically fetched from the primary German project. Convenient!

So, if you’re working on one of these languages, you should focus on the translations specific to your region. No need to translate everything, it’s probably already been done!

If you have any question regarding about this, leave us a comment. And if you want to help adapting PrestaShop to these countries, join the translation project!

All the figures and statistics are based on the 1.6.1.0 project.

A lot of you are working everyday on Crowdin to have PrestaShop available in many languages, and we can’t thank you enough for your dedication! Here are the most active translators and proofreaders for the month of October.

…and almost fully translated (and validated) in these 11 languages:

The translators being very reactive (yes, thanks again!), these languages should be soon 100% translated (if not already by the time you read this).

In comparison with the previous month, the following languages had the best progress in October: 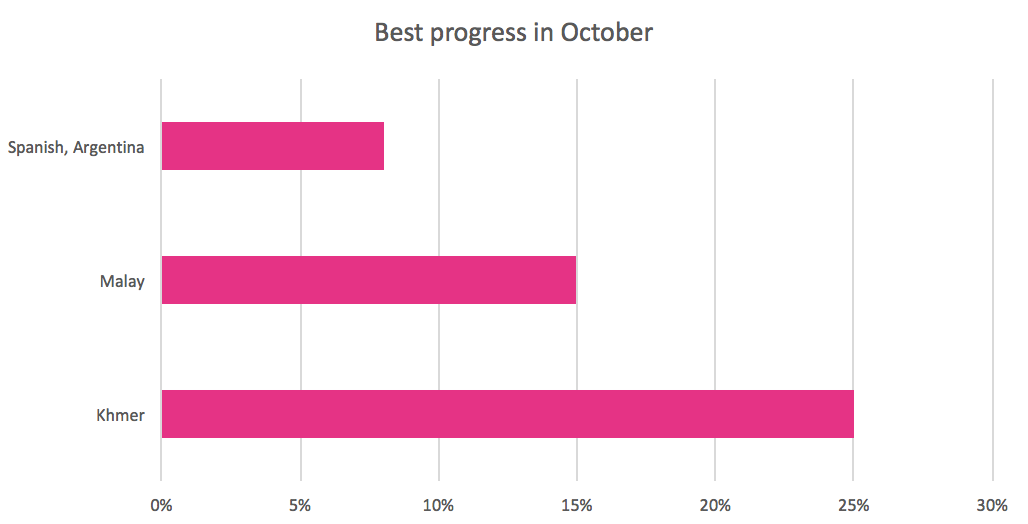 Congratulations to all our contributors for the hard work!

At the request of community members, we’ve recently added some new languages to the project. You can now translate PrestaShop in:

So don’t hesitate to join these!

These languages (still) need you as proofreaders: 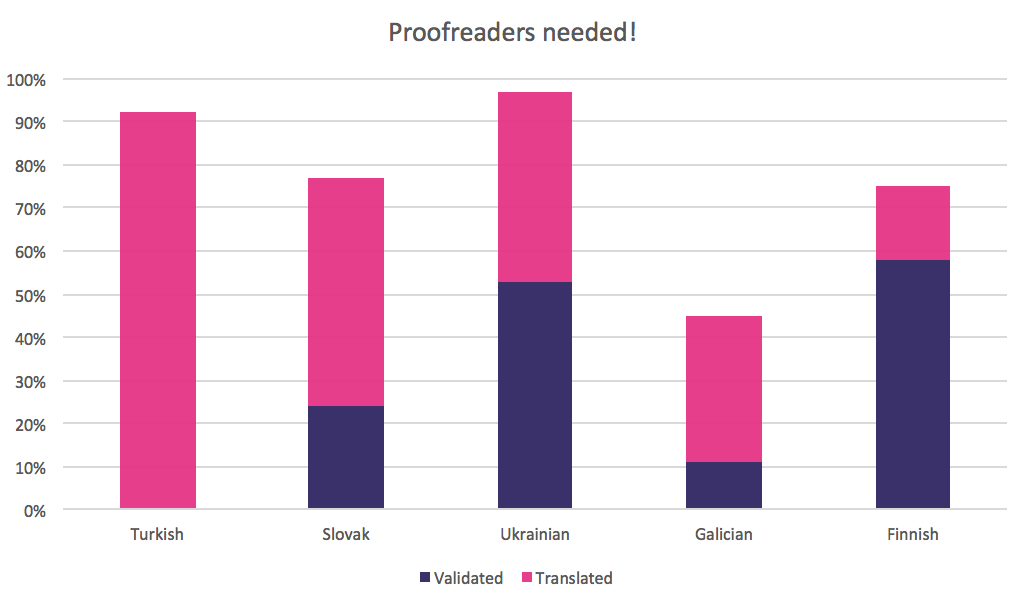 Translator Jesús Ruiz García (jruiz - who’s also helping us with the Spanish documentation of PrestaShop, thank you Jesús!) has started a Spanish glossary, to make sure everybody uses the same terms for translation. It’s gathered under an online document here: Spanish glossary.

More information about it on Crowdin, with this discussion. If you want to help, get in touch with Jesús on Crowdin!

See you soon for the November report!