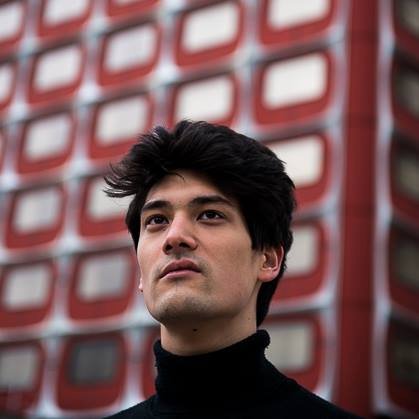 Our release calendar for the next versions of PrestaShop 1.7 and 1.6.

In short: we intend to release minor versions of PrestaShop 1.7 every 3 to 4 months, and patch versions for both 1.7 and 1.6 as regularly as possible in-between minor releases. 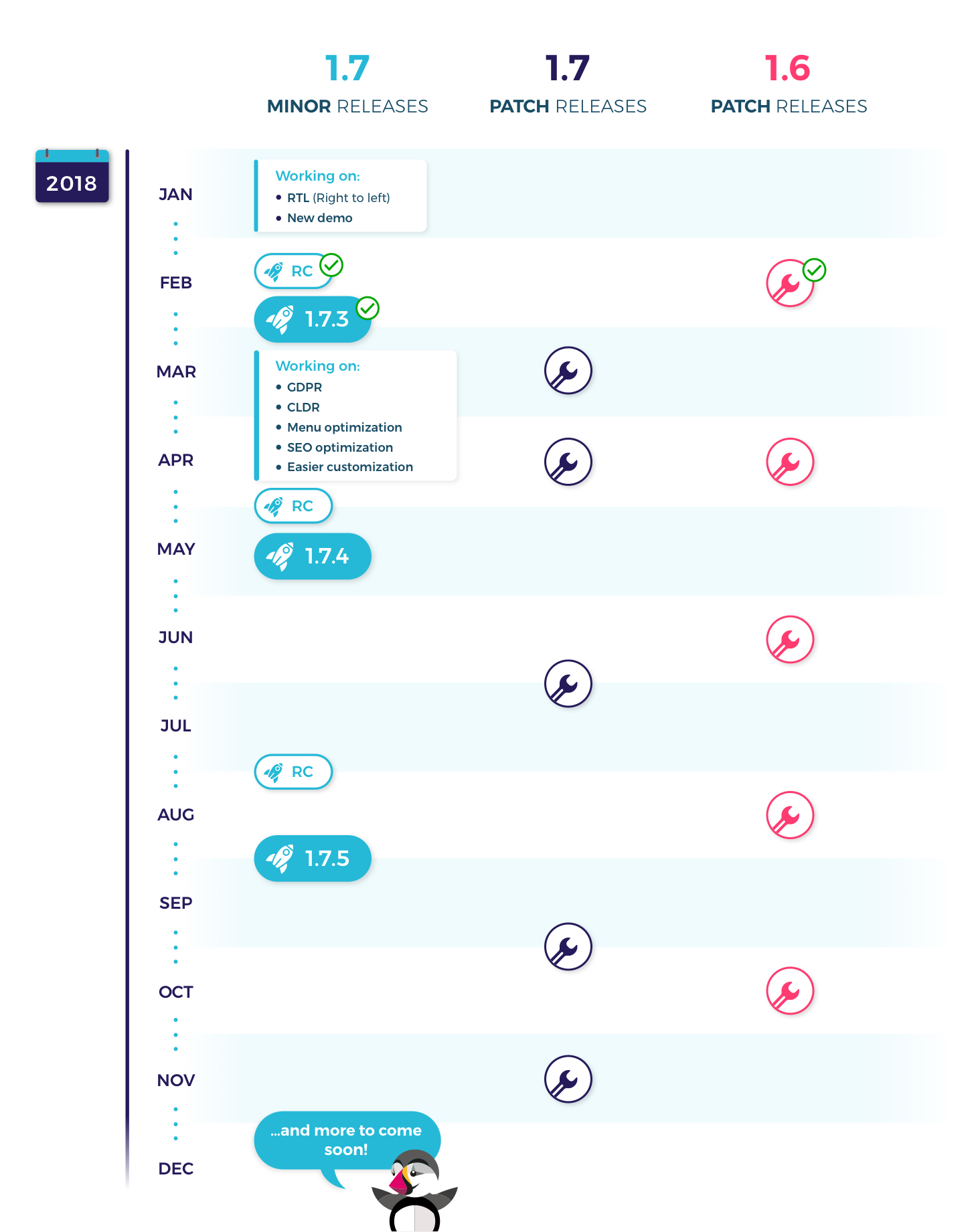 This table was updated on February 26th, 2018.
Please note that all dates are estimated, not fixed, and hence subject to change.

For more information, stay connected, the more detailed announcement will be posted on the devblog next week.

Here is a bird’s eye view of what we want the next minor versions to be:

PrestaShop 1.6 has entered maintenance mode since the release of PrestaShop 1.7, in November 2016. This means that no new feature will be added, nor any behavior change. Only bugfixes will happen.

We want to release “patch” releases regularly until then, to fix the bugs reported by the community.