Here is the new report to inform you of what has been going on PrestaShop translation project on Crowdin this September 2015, a rather quiet month for our project.

All the figures and statistics are (still) based on the 1.6.1.0 project.

We’ve recently changed the workflow on Crowdin: it’s important you should translate in the “next-version” folder in priority. Strings will then automatically propagate to the “1.6.1.0” folder, while the reverse won’t work. So if you’re working on 1.6.1.0, that’s double work for everybody. Read more about it here. And don’t hesitate to ask if you have some questions!

A lot of you are working everyday on Crowdin to have PrestaShop available in many languages, and we can’t thank you enough for your dedication! Here are the most active translators and proofreaders for the month of September.

…and almost fully translated (and validated) in the following 9 languages:

In comparison with the previous month, these languages had the best progress in September: 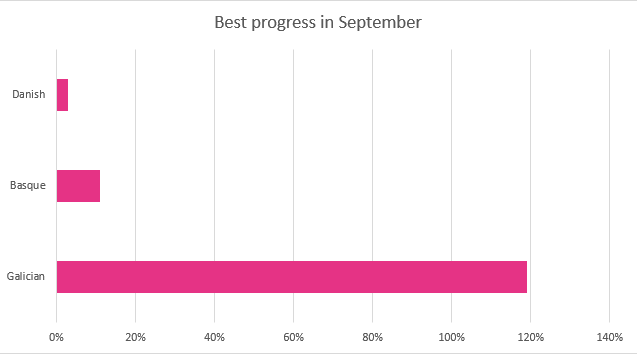 Quite a performance in Galician, wow! Congratulations to all our contributors for the hard work!!

At the request of community members, we’ve recently added some new languages to the project. You can now translate PrestaShop in:

So don’t hesitate to join!

A translated string will not be available in PrestaShop as long as it is not validated. For this reason, it’s important we should keep a good level of validated strings vs. translated string, to make sure everyone benefits from the latest translations! 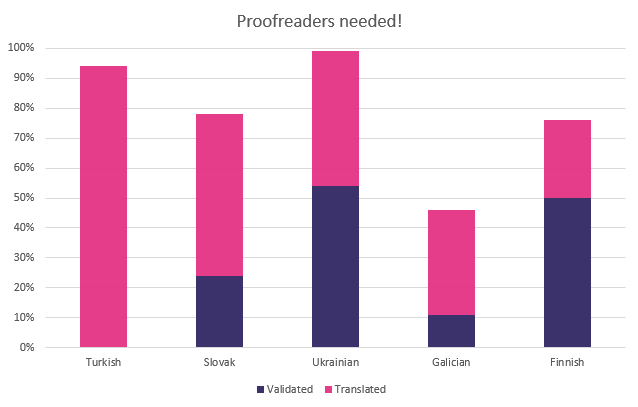 Turkish translator ftugrul is trying to gather the Turkish community. Join the discussion on Crowdin forum to harmonize the translation and go forward with more proofreading. We do need more proofreading in Turkish, so make yourself known if you want to participate!