Contributing to PrestaShop is not only about the code, it’s also about taking part in the PrestaShop translation project! This report tells you how the translations of the software evolved in October.

As some already know, Alexandra has left PrestaShop at the beginning of October. So here I am, walking in her footsteps as a Product Content Manager, in charge of the translation projects on Crowdin and of Build’s editorial… A brand new adventure I’m glad to be part of!

It has arrived! We are now entering code and string freeze in order to pave the ground for a solid and reliable new minor version. It should be release in a month or so - we will let you know! Regarding the translation projects in Crowdin, it means that new strings cannot be added anymore, but also that the 1.7.3 has appeared, containing fresh strings ready to be translated and then approved by you all! A more detailed blog post will be published very soon, meanwhile you can start working on the 1.7.3 version. Yippie yeah!

A lot of you are working every day on Crowdin to have PrestaShop available in many languages, and we can’t thank you enough for your dedication! Here are the most active translators and proofreaders for October 2017.

For its part, PrestaShop 1.7.2 was fully available in 18 languages!

In comparison with September 2017, the following languages had the best progress thanks to the translation community:

At the end of October 2017, some languages would still benefit from some proofreading: 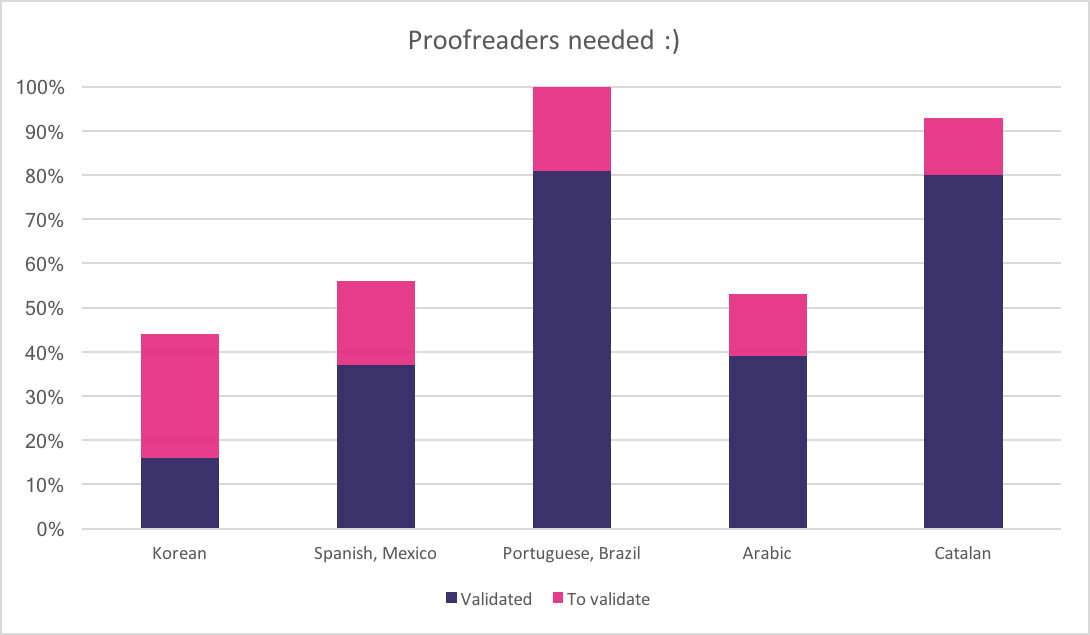