Contributing to PrestaShop is not only about the code, it’s also about taking part in the PrestaShop translation project! This report tells you how the translations of the software evolved in March.

… aaaaannnd PrestaShop 1.7.6 has entered code freeze, we are glad to inform you about this huge step we have just achieved! It means that string freeze is due as well, you can expect the new catalog to be pushed on Crowdin this week. Once this new translation branch created, it will be time for us to translate, correct and validate all fresh strings in order to get the most complete version for the 1.7.6 official release, planned for June. Let’s all make PrestaShop go in the right way… ready, set, go!

Many people subscribe to the project(s) of their choice each month, but not so many start translating straightaway. For that reason, we would like to thank the ones that kind of rush into the effort immediately, aha! So lot of love to the dedicated Guisardo. See you soon on Crowdin… and PrestaShop. ;-)

A lot of you are working every day on Crowdin to have PrestaShop available in many languages, and we can’t thank you enough for your dedication! Here are the most active translators and proofreaders for March 2019.

For its part, PrestaShop 1.7.5 was fully available in 25 languages!

In comparison with February 2019, the following languages had the best progress thanks to the translation community:

At the end of March 2019, some languages would still benefit from some proofreading: 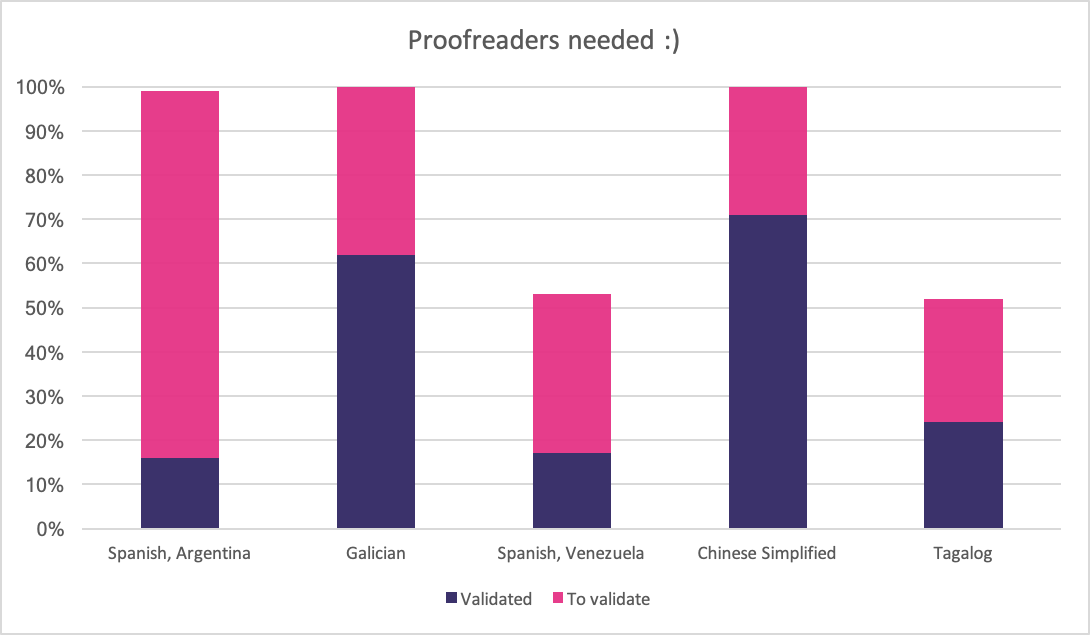