Contributing to PrestaShop is not only about the code, it’s also about taking part in the PrestaShop translation project! This report tells you how the translations of the software evolved in March.

Last month, Utopian announced that Steem rewards for translation contributions were suspended until further notice. But thanks to our amazing and dedicated translation community, we still have great levels for all the PrestaShop projects on Crowdin!

Now, to look further, here are our almost completed projects - if you feel like helping on it, I would be glad to welcome you: Catalan, the two Chinese projects, Czech, Danish, Estonian, Galician, Hungarian, Indonesian, Norwegian, Vietnamese. Hope to see you on those projects to push PrestaShop higher and make it available for a largest audience!

A lot of you are working every day on Crowdin to have PrestaShop available in many languages, and we can’t thank you enough for your dedication! Here are the most active translators and proofreaders for March 2018.

For its part, PrestaShop 1.7.3 was fully available in 23 languages!

In comparison with February 2018, the following languages had the best progress thanks to the translation community:

At the end of March 2018, some languages would still benefit from some proofreading: 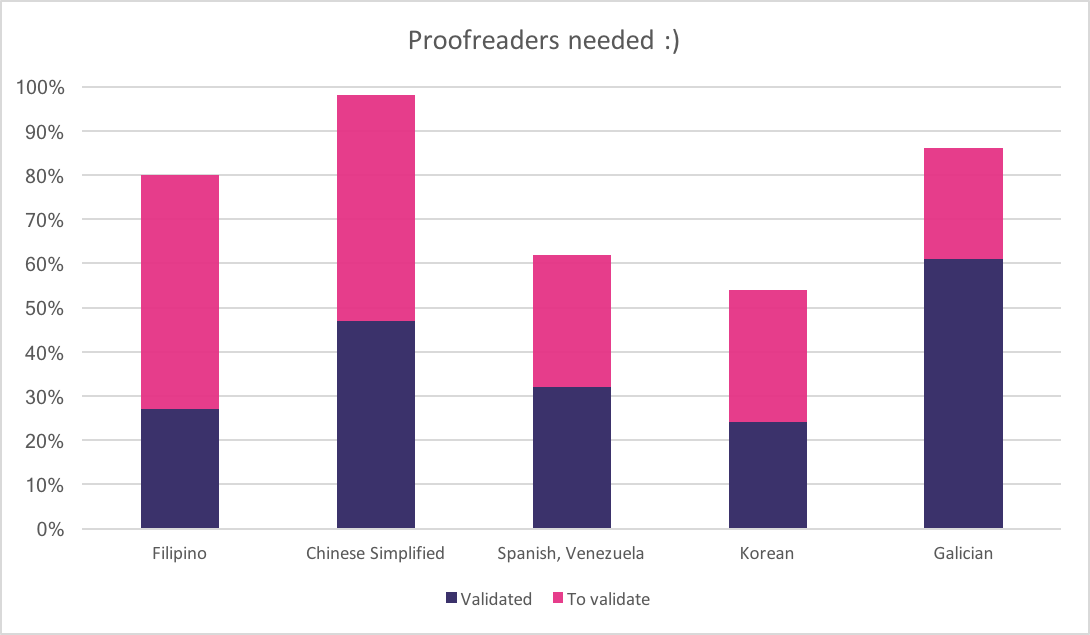