More and more languages are available on PrestaShop 1.7 thanks to the help of the community on the PrestaShop translation project! Read this report to see how the project evolved in March.

New strings to translate in project 1.6

With the update of the 1-Click-Upgrade module for 1.6 (to allow the upgrade to 1.7), we added several new strings to the 1.6 Crowdin project. We need your help to reach the completion level we had before, as some languages are no longer 100% translated.

Call to the Argentinian community

We noticed there are some “encoding” issues in the Argentinian translations. For example, we have strings like “like “DirecciÃ³n de Entrega” or “AÃ±adir al carrito”’

This takes a lot of time to spot and correct all the issues, so if you feel like helping, it would be great :D

In case you haven’t read the latest article about the translations for PrestaShop 1.7, we have released a module to help you translate PrestaShop in context, that means translating directly while browsing the various pages of the software. That is much more convenient and it should help you find the right translation :)

Now let’s get back to our Crowdin project, and the full report of its activity in March:

A lot of you are working every day on Crowdin to have PrestaShop available in many languages, and we can’t thank you enough for your dedication! Here are the most active translators and proofreaders for March 2017.

Well done! A LOT has been done on the Japanese and French, Canada project. Thank you! And welcome to our new top contributors!

On its side, PrestaShop 1.7.1 was fully available in 13 languages!

The project is quite alive these days so more languages should follow!

In comparison with January 2017, the following languages had the best progress thanks to the translation community: 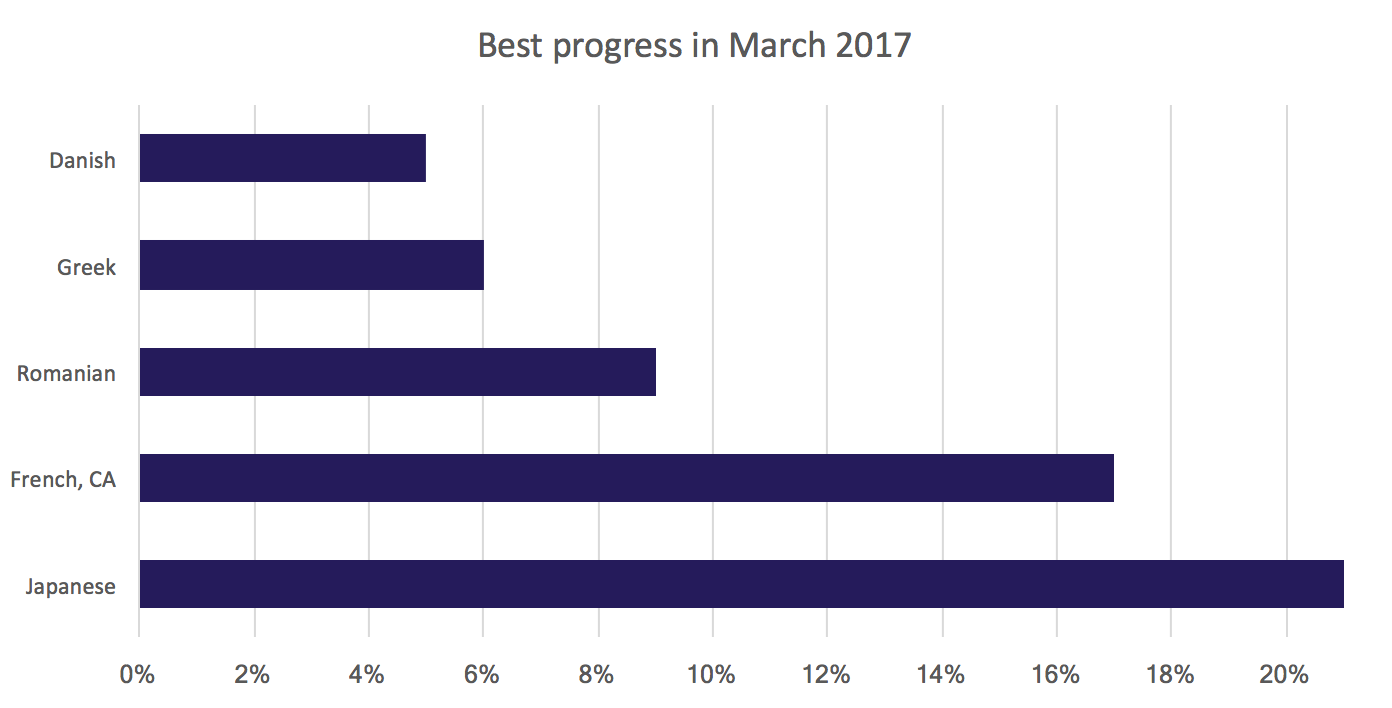 At the end of March 2017, some languages would still benefit from some proofreading: 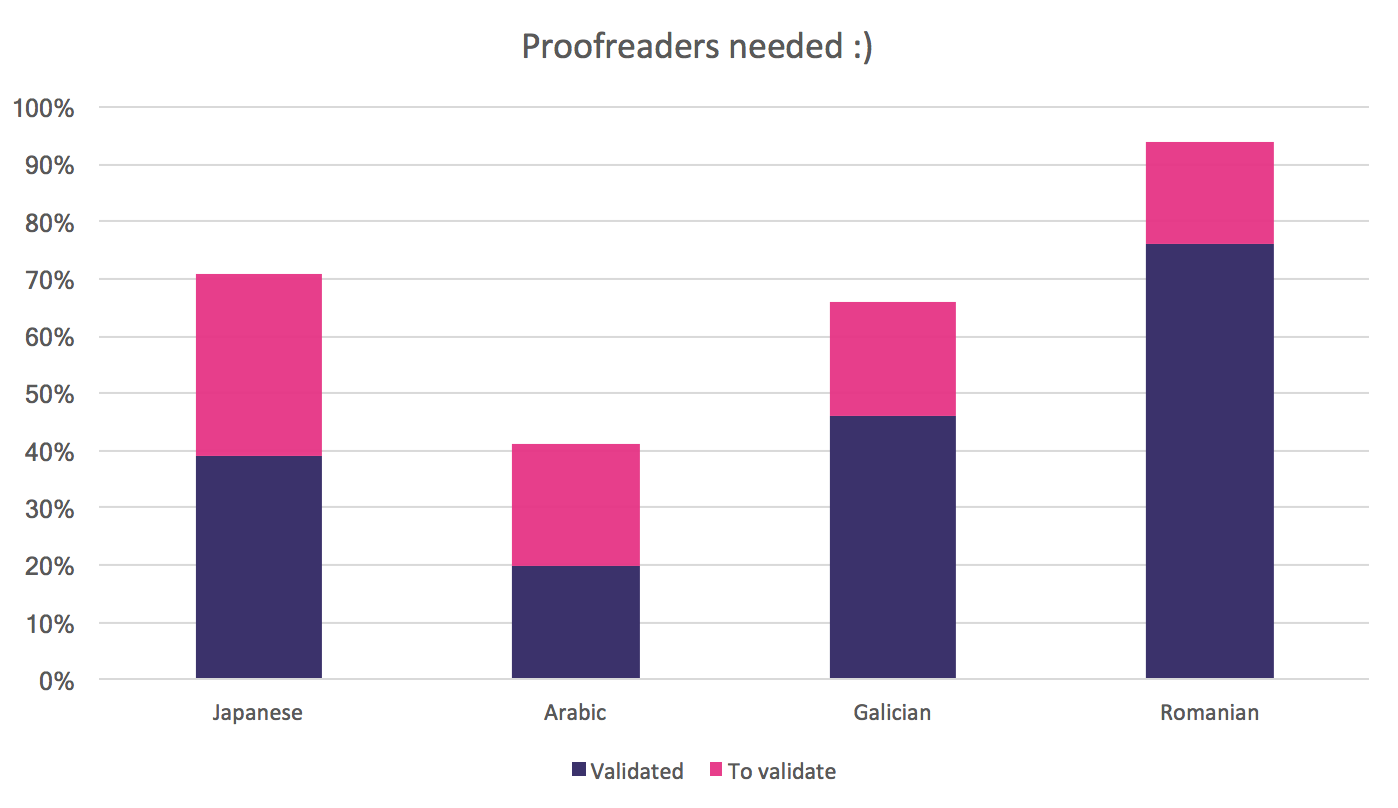