Contributing to PrestaShop is not only about the code, it’s also about taking part in the PrestaShop translation project! This report tells you how the translations of the software evolved in February.

Utopian and the proofreading rights

Utopian is a rewarding platform that allows open source contributors to monetize their involvement. In short, to benefit from the rated quality of their dedication. And rules require now for the Crowdin translators to be proofreaders in order to have their contribution rewarded.

Regarding PrestaShop, we are quite strict on that status. A lot of messages were sent to us to get this right but I’m afraid we cannot turn one candidate into a proofreader if he has not proved himself before as a great translator. Why? Because we are a professional company that hosts 270,000 stores around the world and, for that, we need an extremely serious and accurate translation.

It is not about the amount of work, but its quality. A candidate is expected to write and translate correctly, pay attention to special characters, respect the project history, the ecommerce and marketing context, the harmonization, etc. If the translation work is huge, please be aware that proofreading is another big part, and different.

So the final word is: you’re more than welcome to help us having an ecommerce solution translated as long as you’re willing to make PrestaShop go to the right direction. ;-)

A lot of you are working every day on Crowdin to have PrestaShop available in many languages, and we can’t thank you enough for your dedication! Here are the most active translators and proofreaders for February 2018.

For its part, PrestaShop 1.7.3 was fully available in 20 languages!

In comparison with January 2018, the following languages had the best progress thanks to the translation community:

At the end of February 2018, some languages would still benefit from some proofreading: 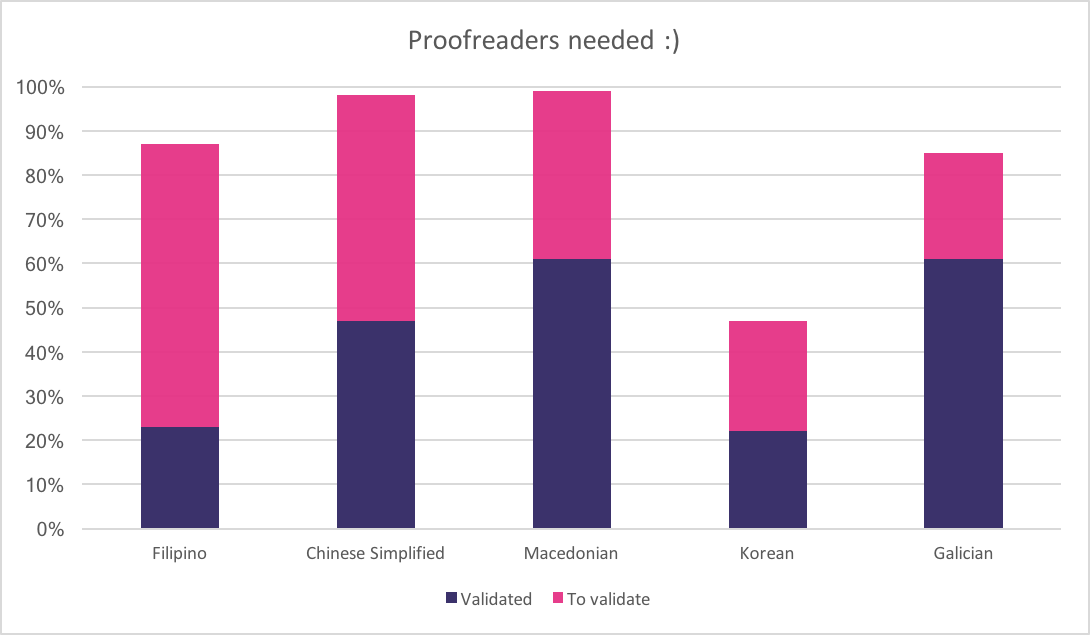