Here is the latest report to inform you of what has been going on PrestaShop translation project on Crowdin lately (which means this last February).

But first, everything translation at PrestaShop isn’t necesserally taking place on Crowdin. Contributions can take different forms, and here’s more details about a few ones:

We’re recently published a few videos to guide you when translating PrestaShop into Spanish. If you’re working on this language, watch it here and join the conversation on the forum! And thanks to Jesús who’s helping with all this!

Vietnamese has reached a high level of completion, as already mentioned. The next step is now to complete the several XML files needed to have PrestaShop 100% translated. These files aren’t available on Crowdin, but you can find it on this open pull-request on Github, or within your local installaion (‘install/langs/en/data’ for the English version).

Some translations are missing, like country names (country.xml), so if you want to help, you can send your translation at [email protected], we’d be happy to include it the current the project.

And of course this is not about Vietname only: other languages can be updated too. You can contribute by committing directly on GitHub, or sending us your translations by email!

Now let’s get back to our Crowdin project, and the full report of its activity in February:

A lot of you are working everyday on Crowdin to have PrestaShop available in many languages, and we can’t thank you enough for your dedication! Here are the most active translators and proofreaders this February.

At the end of February, PrestaShop 1.6.1 was fully available (= 100% translated and validated) in 13 languages. That’s one more language compare to last month, yay! :)

Congratulations to the Vietnamese team, who did a huge work to fully translate and validate PrestaShop in Vietnamese! Thank you!

PrestaShop was also almost fully translated (and/or validated) in these 7 languages:

That’s 2 new languages in this group, thanks to the Czech and Portuguese contributors: děkuji! obrigado!

There isn’t much work left before we reach 100% for these languages, if you feel like you want to help, join the project!

In comparison with the previous month, the following languages had the best progress in February: 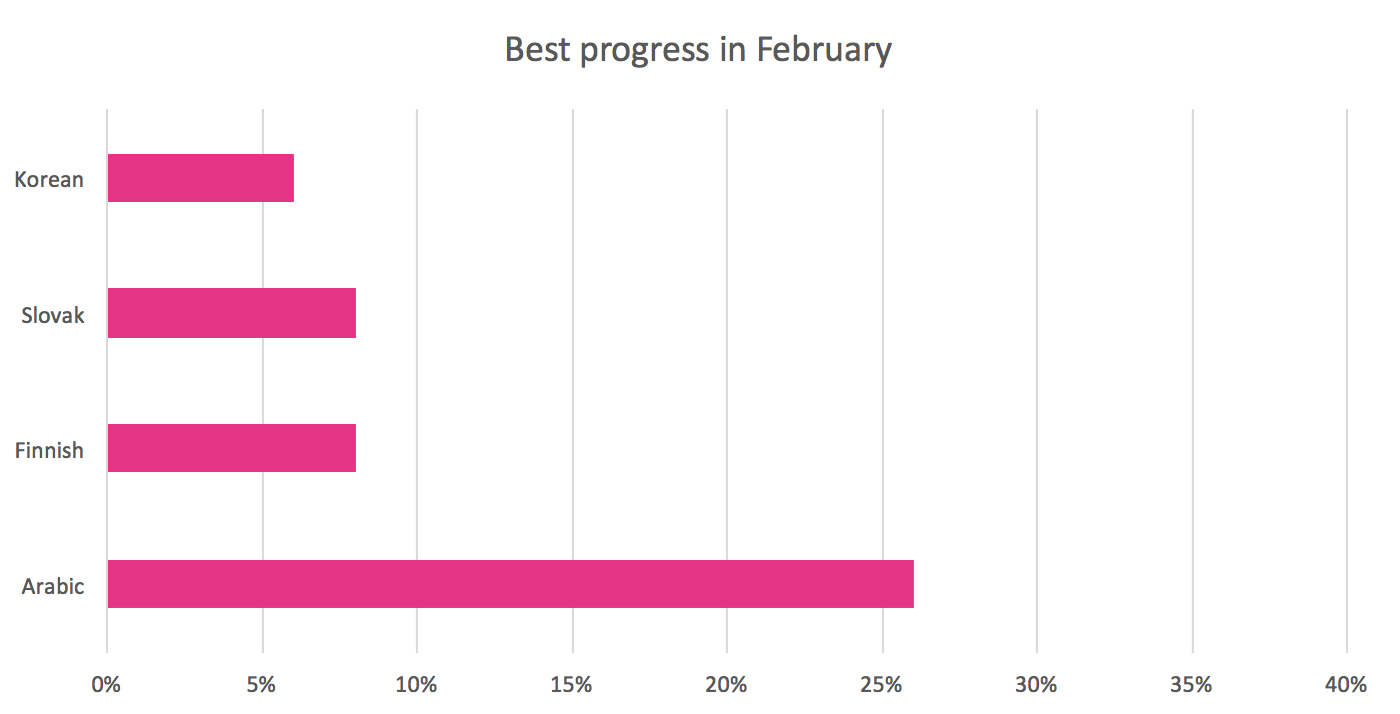 A pretty good month for proofreading as Vietnamese has been fully approved. We’re back to 4 languages that require some proofreading at the end of February: 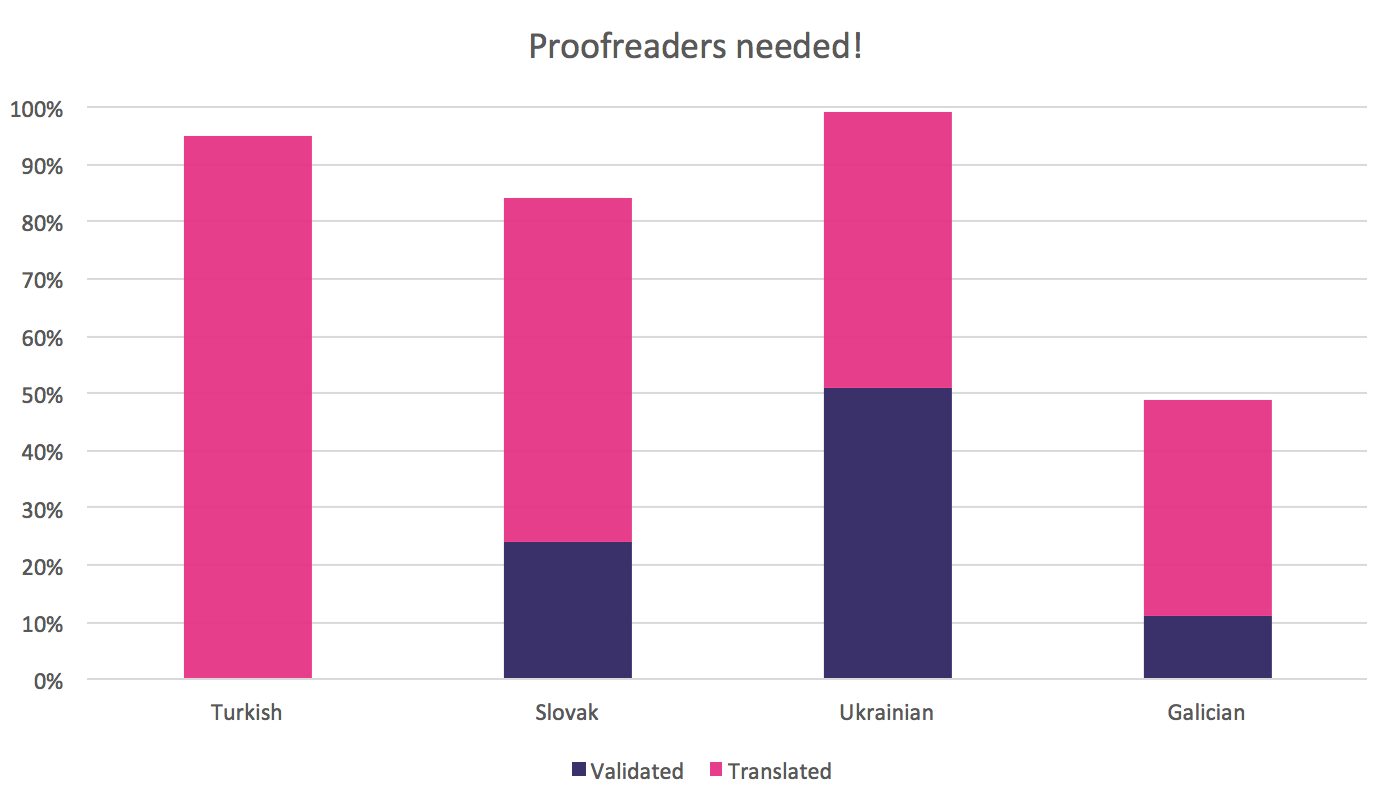 We have good hopes Slovak will evolve in the coming weeks as a few translators stepped forward to be part of the proofreading team. Finger crossed!

Like them, if you wish to help proofreading what has been translated, please contact me on Crowdin with the language you’d like to proofread. We need your help!