With 1.7.1 version soon to be released, there has been some activity on the PrestaShop translation project last month. And that comes with good news for translators too!

Translation for 1.7.1 are there

The next minor version of PrestaShop, V.1.7.1, is open for testing as a beta version. At the same time, we opened it for translation on Crowdin.

We now have a 1.7.1 project, with fresh new strings to translate!

Good news! You’ve been waiting for it, since the 1st of March, both 1.6 and 1.7 translation packs are updated every day, automatically.

When installing or updating a language, merchants will have the latest translations from the community. And day to day, you can fetch the new translations (that have been validated). At last!

Now let’s get back to our Crowdin project, and the full report of its activity in February:

A lot of you are working every day on Crowdin to have PrestaShop available in many languages, and we can’t thank you enough for your dedication! Here are the most active translators and proofreaders for February 2017.

Well done! And welcome to our new top contributors!

On its side, PrestaShop 1.7.1 is fully available in 9 languages!

More languages will be fully translated soon as translators are currently busy taking care of the new strings from the 1.7.1 :)

In comparison with January 2017, the following languages had the best progress thanks to the translation community: 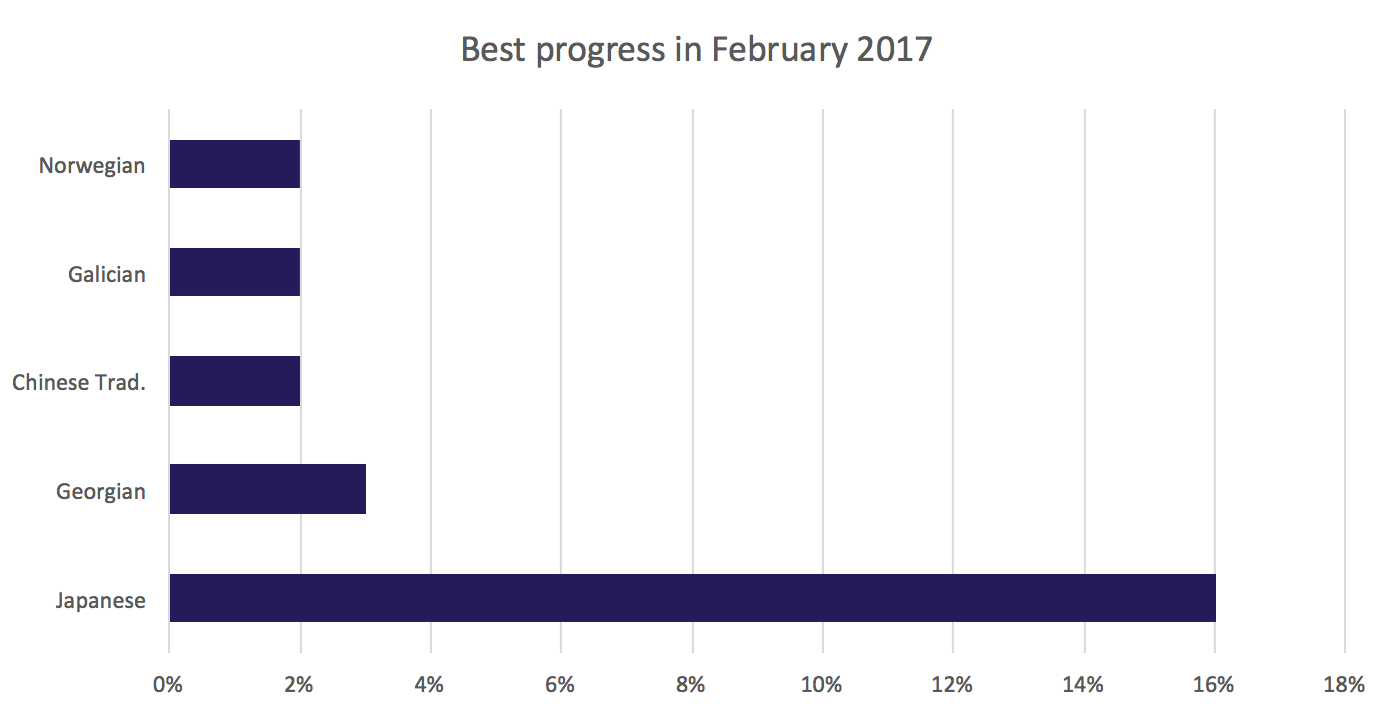 At the end of February 2017, some languages would still benefit from some proofreading: 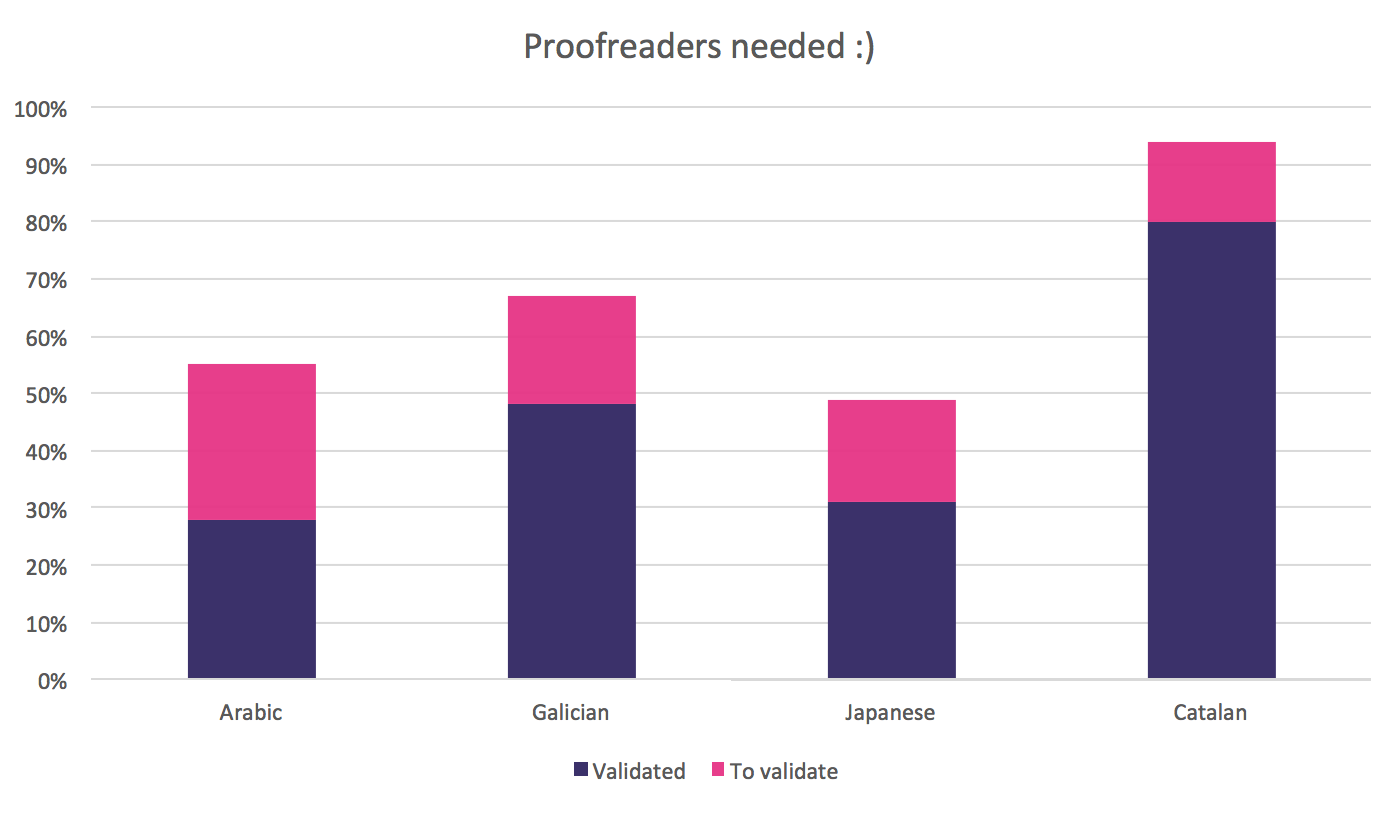